Freakangel - The Ones To Fall 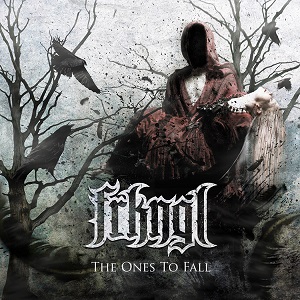 9.0
"Amazing"
N/A
Electroracle
Released 2013 by Alfa-Matrix
Dark Electro, Industrial
ALRIGHT, now, the last time I had my hands on a release by Freakangel, it was with The Book of Violence EP, which has pretty much had me pumped for this album for quite a bit. I mean, the EP was pretty much a teaser of what was to come, and The Ones To Fall has finally landed in my arms. And I am impressed by the album, just as I've been by their previous albums. You are going to be used to their harsh beats and aggrotech routes with metal infused, but it still has yet to disappoint me at this point in life.

What I am more than ecstatic about is that the CD comes along with just ten original and fresh tracks from the bubbly minds behind the band. And I do love fresh tracks over remixes. However, please do note that the album is not do to release until January next year, so, while you may not be able to listen to it as of yet, you can certainly read about my digestion of the album from here on out.

We should be able to start from the beginning, in chronological order that the songs are presented. Falling Towards the End brings us into the dark forage of the act, focusing in on their trademark screeching and distorted vocals straight from the mouth of Dmitry Darling. As usual, they are harsh, they are unrelenting, and they are grasping from start to finish. His voice in this song, however, is paired nicely next to an extra set of female chords. And, when it comes instrumentally wise, everything is just blended so well together, it's great. The booming pounds of the drums stand out to me the most in this song, and just serve me well.

Next up, we have the title track of the album, The Ones to Fall. We are again inserted to the slamming metal and aggrotech influences that the trio performs so well. I notice the metal influence a lot more in this song with the guitar taking more of a stand over everything else I'm hearing.

Then, after that, we are put into a more electronic centric, and I want to classify this song along with The Book of Violence. Both songs take a less harsh approach on the album in comparison to the other songs. It's much more dance worthy, and though the screaming is present in both songs, Darling takes a softer approach with most of the vocals. Not only that, but put in a voice that is reminiscent of GLaDOS, the hilariously dark humored artificial intelligence from the Portal video game series, and you have two pretty wicked songs.

After this, we are thrown into Into The Fire which lends the talent of Javi Ssagittar of Terrolokaust fame. He lends his pretty vocals to the album. Okay, well, maybe they aren't pretty, but they certainly are grueling in the good way. Sounding much more clean then the distortion we have received throughout, this became one of the more slow and powerful songs on the album. It was a treat to listen to.

And then, OOOOO. I was brought into Queen of Hearts, which, upon first listen, I started to stomp my foot as the bass came through. It wasn't anything new on the album, however, it was still very catchy and has me listening to it through and through.

My Last Breath is the shortest song on the album, clocking in at one minute and twenty six seconds. It is very noisy at first, and then comes in with a lot of drums and guitar work. The synths and electronics are there, but it's mainly the metal influences that take place. And, also, what's more is that this is the cleanest sounding the vocals can get at times. You get talking with some distortion in the background, and it kind of had me cocking my head as it was weird, but still good, to hear someone talking instead of screaming.

After this, we are brought to With Me Against Me. The guitar constantly flowing in this song was actually a pretty nice effect. During the chorus, we are treated to synths coming in and stopping every now and then. But, the synths are harsh enough to really make a nice effect. In fact, the chorus in this song is my favorite on the album. It's brutal, and keeps me wanting to listen to it.

Pete Crane from SHIV-R also makes an appearance on the album in Release Your Anger. he fits perfectly well within the harsh screeches that Darling brings to life, and I would love to see these two on stage together screaming into the same microphone. I think the effect would cause a mini-explosion during a concert.

And, finally, we reach the end of this exciting journey with the final song on the album being The Anthem of the Wretched. The title of the song got me going from the beginning, and the song itself was pretty good. It was slower than some of the other songs, and not as demanding on your ears. I did enjoy the dual vocals offered in the song, as one voice almost talks out the lyrics, there's another right behind it screaming out the lyrics. It was a neat effect. And, with that, the album is over.

And, with the end of the album, I have come to the conclusion that this album is grand. I have been yearning for it since the EP teased it, and I am more than glad I was able to listen to it now. I was really worried that this would not turn out as good as I expected, but it turned out just fine, and put my worries to rest. I loved this, and I am already beginning to listen to it again. I suggest that when the album releases, you get it all the same. Sep 26 2013
In Strict Confidence releases DVD and free downloadable single
Previous article
Phelios - 'Gates of Atlantis'
Next article

We don't have any stores registered for this release. Click here to search on Google
Freakangel - The Ones To Fall is available at POPONAUT from 16,95€

Freakangel - 'How the Ghost Became'