Vril Jager https://www.brutalresonance.com/review/vril-jager-vril-jager/ Dark Ambient, Tribal Vril Jager Andrew Dienes “It was a dark and stormy night,” -Edward Bulwer-LyttonSince the second decade of the 20th century, Nazism became one of the major historical forces which catalyzed a huge revolt in the whole world. It caused so much terror which was translated into the suffering and death of millions of people, that its reign is remembered until today. But even 80 years after the fall of the regime of fear, historians all over the world continue to examine Nazi legacy in order to understand what possibly could have caused such a fast ascend of this empire. An analysis of tons of documents and archives fueled up many dozens of theories, many dozens of exposed conspiracies, many dozens of speculations. And as one may know, one of the most famous theories suggests the origin of Nazi theories from the occult practices which were quite common and wide-spread during the the first decade of 20th century. But if digging even deeper into the roots of these practices , one can discover that the history of so-called “Aryan dominance” occultism began even earlier. In 1871, under anonymous cover, the writer-politician Edward Bulwer-Lytton published the novella "Vril: The Power of the Coming Race". A conflation of Verne-esque hollow-Earth sci-fi, proto-occult theories, and Darwinism, it’s narrated by an American who stumbles upon an underground race, descended from ancient Aryans, that’s harnessed a source of infinite power called Vril. Its possessors, the Vril-ya, have transcended war, envy, and even democracy to establish a classless utopia. But of course, they have a dark side; lacking the imperfections of humanity but also its empathy, they may one day destroy it. As a result, the novel by Edward Bulwer-Lytton gave birth to a common theory of a so called Vril Society.The existence of a Vril Society was alleged in 1960 by Jacques Bergier and Louis Pauwels. In their book "The Morning of the Magicians", they claimed that the Vril-Society was a secret community of occultists in pre-Nazi Berlin that was a sort of inner circle of the Thule Society. They also thought that it was in close contact with the English group known as the Hermetic Order of the Golden Dawn. The Vril information takes up about a tenth of the volume, the remainder of which details other esoteric speculations, but the authors fail to clearly explain whether this section is fact or fiction. Historians have shown that there has been no actual historical foundation for the claims of Pauwels and Bergier, and that the article of Willy Ley has only been a vague inspiration for their own ideas. Nevertheless, Pauwels and Bergier have influenced a whole new literary genre dealing with the alleged occult influences on National Socialism which have often been related to the fictional Vril Society. And of course, besides being discussed over the years in different forms of literature and art,  recently this theme of conspiracy has been reflected in experimental music as well. It received the form of Vril Jager, a project of two noble gentlemen which are well-known to those seeking comfort in strange sounds and vast textures. Kim Larsen (Of the Wand and the Moon) and Thomas Bojden (Die Weisse Rose) join forces to transmit their vision of Vril Society into an extremely dense and complex soundscape under the same name “Vril Jager”; and the result of this alchemy experiment is definitely worth to examine today. With the very first tunes of “Vril-Ya” the listener is being thrown into the boiling cauldron of the underworld rituals. So, what are the main components of this successful ritual? A deep rising and falling hum, like it's a thousand people chanting in a huge hall lit by black candles. A powerful drumming adds a constant rhythm, trumpet waves full of terror and anxiety, and of course a creepy whispering voice which tries to invoke the demons lurking in the melted heart of the underworld, feeding on the deepest fears and hesitations. The voice is calling, the voice is hypnotizing, the voice is wrapping like a shroud: “...We sing to awakeThe beast in menRejoice! Rejoice!...We awakeWe arise Vril-YaVril-Ya”A majestic “Maw of Kalki” continues the dark mess with its ceremonial horns and demonic-like voice, referring to the early works of Endvra and Predominance. The ritual percussion on the background adds a lot of suspension into the whole atmosphere, like in anticipation of something evil to rise from the primordial waters. “The Road Back to Agharta” connects between the two parts of the album, and seems to be a sort of a fable telling a short story of the underworld nation before the ritualistic ambience hits back with the next composition “Through the Firmaments”. Japaneese war drums dictate a high pace of the track while the same demonic voice chants incantations to the sounds of duduk and chimes percussion. To end up this album, two story-telling tracks are offered to the listener. “Radio Wyrd” puts a lot of tension through the string-based drones implementing the same atmosphere of suspension which was very similar to 60s and 70s horror movies. Whilst, the spiritualism of occult natural forces is concentrated in the last composition “Sanctified by Constellations” where the same force can destroy like lightning or replenish life depending on the will of the conjurer. The music full of tragedy and rejoice at the same time drags the listener deep into the metaphysical realm to eject him back reincarnated into a completely different form of existence. “From a concrete womb to a celestial tomb”. While there are enough projects out there which end up to be a kind of a reflection of their parent bands, Vril Jager succeeds to obtain its own identity and sound. Gaining powers from the occult references, Kim and Thomas transfer their knowledge into a complex and multilayered album carrying me into spiritual journey through the realms of Vril. Behold the coming race! October 12, 2019 https://www.brutalresonance.com/review/vril-jager-vril-jager/ 550 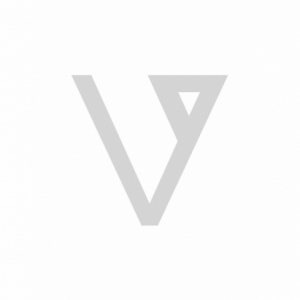