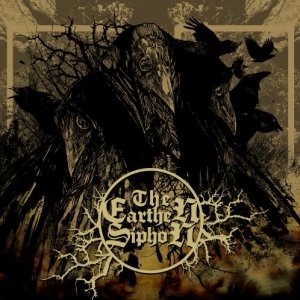 9.5
"Amazing"
Released 2015 by Kalpamantra
Dark Ambient
Album of the Year #4 2015
Every year ordinary people are waiting for something to happen in their lives or in the world that surrounds them. It can be any possible event that you can ever think about, from the most banal like getting a new job or promotion, winning some lottery or getting laid, to really holistic happenings like peace in the world or global warming deceleration. But as for me, and I am sure that for few other comrades out there, my priorities are a little bit different, somehow they may even seem pervert compared to those bright and honorable dreams of the majority. I truly believe that it doesn’t matter what valuables you have in your life; as soon as you are healthy and have some goods for living, this is more than enough. But I do believe that there are some certain things that turn my life to be much more colorful and those things are definitely worth to wait for each year. As music became an inseparable part of my miserable life, one of the biggest occasions that can ever happen to me is a release of a compilation from a "virtual" label Kalpamantra that contains creme de la creme acts of the experimental music community. If you somehow, by chance or by matter, missed those compilations that are being released since 2012, curse on you from now and to the end of the age.

To be more concrete, Kalpamantra label has existed for six years already and is concentrated on releasing digital materials mainly. Steven Williams, the owner of the label, spared some minutes to explain such an exotic name:

"...The name Kalpamantra comes from two separate words; with 'kalpa' being a Sanskrit word that means 'aeon'. In Hindi, it is duration of time covering a complete cosmic cycle. 'Mantra' means a sound (in this case) that is repeated by someone who is in a meditative state. The intention of blending the words together was to create a name that would have a direct reference to the types of music that would be released by the label..."
I am not the biggest fan of on-line albums, maybe because I am an old-school bastard and prefer to have a physical copy of the original record. That's why I am not familiar with the majority of the albums from this label's portfolio, but when taking a brief look on the names that appear on the list, I can definitely recognize some of them to appeal to the ear and the heart in the past through their releases on other labels out there. However, despite this, I cannot pass by Kalpamantra’s compilations which not only get me acquainted with the new names and new tendencies on the scene of dark ambient and post-industrial music, but also bring to light new tracks from the trendsetters of classic experimental sound. That's why it is important to mention that Mr. Steven Williams is also an assistant of Jason Mantis which is actually an owner of one of the most famous and important labels Malignant Records. So as you might guess already, the connection to Malignant gives a benefit of having an access to the most praised materials which exist on the scene right now, therefore a new compilation "The Earthen Siphon" demonstrates this perfectly.

I am sure that no one will remain indifferent after immersing in almost four hours of the finest dark ambient, power electronics and death industrial materials. A clear separation into three thematic parts can be definitely traced, so fans of dark ambient genre will be the first to feed upon the darkest corners of human imagination. Analyzing each and every track of this compilation is truly impossible; most of the names which appear in it have comprehensive and good experience to their credit and present state-of-the-art compositions that truly reflect the whole depth of their talent. However, I would like to remark some of them that left me literally speechless.

Phelios – Cylon. I’ve been following attentively this artist for a long time and enjoyed almost every material that had been ever released. With this intense, extremely wide and dark composition Phelios raises shadows and living phantoms to haunt my humble habitat.

Terra Sancta - Stromlo. This Australian project continues to amaze me with the depth of its quite minimalistic, but still colorful sound full of red-and-grey tones and half-tones to create a gloomy atmosphere of destruction.

Sphare Sechs - Kaiserhohe. These two lovely Germans present a great space oriented material with a little bit dreamy touch carrying me far beyond the horizon, into the journey between star systems.

Blood Box - Chthonian Rapture. One of my favorite bands out there brings forth an epic track that makes me forget about everything sinking inside its dense textures and thick layers.


Take a deep breath and step off your sanity drowning deeper and deeper in this fascinating compilation that takes a turn towards heavier side of experimental music with "Decimation" of United Front. It is impossible not to notice an amazing composition "Disintegration Ritual" which is a fruit of collaboration between Yen Pox and Xiphoid Dementia; more than twelve minutes of mind-erosion make an irreversible damage to my perception of space and time. I only hope that someday they will have enough material for a full length CD, because this one is a real masterpiece. Visions, events and characters continue to change rapidly and if you survived the brain attack until now, you will be able to "enjoy" all the pain that is spilled out of the tracks from The Vomit Arsonist, T.O.M.B, Theologian, Gnawed, Steel Hook Prostheses, Shock Frontier and other noble gentlemen.

Wounded and broken, my cold body lies down on the floor after a non-stop spin of this sound mincer. A concentration of the darkest dreams and desires, of rage and anger, of despair and disruption; all the compositions were carefully selected by Steven and Jason to declare once again that Malignant Records is the leading force on the scene of experimental music to date. If you are not familiar with such extreme genres, this compilation is a great chance to discover the whole new world behind regular materials of industrial music. But for all the experts around, this is another opportunity to unite with favorite artists and join the process of their continuous evolution and progress.

Only two words remain in the end: MUST HAVE.

Various Artists - 'This is What We Call British Industrial'

Various Artists - 'Apop We Love You'