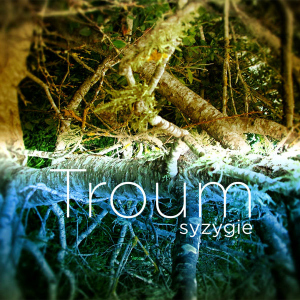 7.5
"Good"
N/A
Electroracle
Released 2013 by Cold Spring
Drone, Dark Ambient
It's not a secret for anyone that ambient music exists for many decades already. It had good times and bad times in its history, but there was always a faithful auditory, true followers of this colorful genre which were worth to work for. And of course, there are few names at this scene that carry the flag proudly for many years, without any hesitation or concern. The symbiosis of those artists with the audience is the energy that keeps this genre safe from any harm, from any possible crisis whether economical or political. One of the musicians whose name appears constantly during the last 25 years is Troum, a Bremen based duo and this band does not need any introduction at all. It's obvious that if you are seriously involved in this genre and not just tasting from it "by-the-way" here and there, you had come across their wonderful albums many times before.

A huge portfolio of more than fifty different releases is an impressive result for the band that was raised on the ashes of abandoned Maeror Tri by two of its members, Martin Gitschel and Stefan Knappe. I must admit that I wasn't the big fan of Troum ten years before, but somewhere around 2007 or so I had an opportunity and pleasure to attend their live show during one of my trips to Europe and I definitely fell in love with their music. This was quite an experience which can be hardly described by regular words. After this event I started to dig deeper into the history of the band and collected lots of their materials, from original albums to different splits and collaborative acts.

As I mentioned already, Troum guys were always very productive bringing more than three releases each year on a regular basis. The year 2013 was not an exception while a full album "Mare Morphosis" saw its light on Transgredient Records together with different on-line releases here and there. But when I came across a new compilation via UK based Cold Spring, I said to myself: "Hey, this is a good opportunity to get an idea about the long deleted and rare tracks which I had no chance to lay my hands on in the past". So, I opened my wallet ... and voila, the CD lies on my table, how easy dizzy it is if one is willing to invest few bucks on something which is really valuable - a good piece of music.

I must admit that I am usually quite suspicious towards those kinds of compilations, especially when the story is about ambient music. Frankly, I prefer full albums because they always carry some kind of a story or experience which gives more focused vision on music itself. But in this case, it is Troum that I have to deal with and here is "Syzygie". That's why, my prejudgment was locked in a cage of curiosity, my finger pushed the "play" button and my mind was opened towards the first wave of the dream (Troum = "dream" in old German).

The first tunes of "Ater" fill my room and it's totally a Troum'atic experience. A wide atmosphere created by analogue instrumentation, what can be more sensual than a grieving flow of eternal sorrow. Here is a soundtrack for the nightmare which makes us stronger after surviving it, turning hearts of men into a hardest piece of metal. "Makaria" switches the mood to be much lighter, but yet heavily hypnotic; my mind being carried softly by a cozy cloud far beyond the horizon. Droning guitar riffs roll over and over again, splitting into phases, backed up by an airy background melody.

Suddenly, "Ganymed" switches the mood once again and it becomes a little bit annoying while I tried to reach a specific meditative level with a previous composition. Anyway, this track has a definite space origin when a deep engine-like drone drives slowly the main background melody as if it is some kind of a spaceship traveling above the surface of a distant planet. Extraterrestrial visions fill my head; my legs begin to lose stability when a spacecraft reaches level of zero gravity. Slowly, I approach towards "Fantauma" and this track throws more mystery into the air rising thick shadows from each corner. Weaving tunes of harmonica splash again and again, setting a very phantasmagoric atmosphere.

And here comes the biggest highlight of this compilation when "Uegh (Cunabula)" shows its claws and the whole potential of the band with heavy machinery beats over extremely dark melody. That's what I really love with Troum, the ability to bind industrialization with ritualistic baseline, the kind of approach that develops the unique face of the formation. I can spin this track again and again, running it forwards and back, enjoying its sharpness together with an extreme darkness of the magical moment.

It is hard to concentrate on remaining compositions after such a wonderful track, though I decide to give a chance and move forward with this compilation. "S'engourdir" keeps the mystery alive with a very deep and hypnotic mood, but it definitely looses in terms of intensity. "Khan-Arachnid" throws the listener into the depth of a spiders nest, being captured and cocooned by deadly vibes of the master of the nest. Hypnotic voices penetrate the mind, being a projection of carnivorous images of a cold-legged monster, doping the perception of the prey before the final bite.

The albums flow is changed again when "Wit Wists Fra-Qistjan" carries my body far away with its airy and soft melody, though the concentration is lost in transition between compositions and it is hard to gain it back again even when it's hypnotism of Troum. And to finalize the story, Troum presents a long composition "Thrausmata Enos Oneirou" that erases my mind with an extremely heavy drone, enforcing the total immersion into the frozen world lit by the distant stars. Annihilation of every feeling dominates the scene to reveal a soundtrack for the death of extraterrestrial civilization.

To conclude this long sonic journey, I am convinced that I (as experienced Troum traveler) prefer their conceptual albums where the tracks are bound with a certain theme or idea. The specific compilation is good for those that want to get some appetizer before discovering music of this German duo, though taking each track separately out of context of "Syzygie" makes them sound more attractive. Of course I have to mention the definite highlight "Uegh" which made me scream with pleasure and improve the general impression from the compilation. But anyhow, this CD deserves some attention not only from those that are not familiar with the band, but also from the collectors which didn't hear those tracks before.
# drone
# dark-ambient
# germany
# united-kingdom
May 10 2014
Spiritual Front - 'Black Hearts In Black Suits'
Previous article
Zero-EQ - 'Fall E.P.'
Next article

Rasalhague - 'Rage Inside the Window'