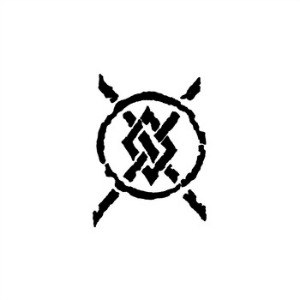 8.0
"Great"
N/A
Electroracle
Released 2014 by Zoharum Records
Minimal, Industrial
One of the more obscure British post-punk acts of the 80s and early 90s, Nagamatzu formed in Ipswich in 1981 and operated in a stylistic gray zone straddling minimal synth, electro, industrial, EBM, ambient, and darkwave. Known for its trademark intricate drum patterns and repetitive loops, Nagamatzu's music was primarily instrumental, but occasionally featured spoken vocals and later relied heavily on samples. Over the course of its ten-year career, the project was mainly a duo comprised of school buddies Andrew Lagowski (synths, guitar, and drum machines) and Stephen Jarvis (synths, bass, and programming), but Andrew Fleck joined them on synths between 1982 and 1983. Nagamatzu released three cassette tapes and a 12" vinyl single before moving on to other musical ventures--S.E.T.I., Legion, and Terror Against Terror for Lagowski and Pure Motorised Instinct and Terraform for Jarvis. The act garnered a cult following by gigging around Suffolk, Essex, and London, despite playing only 22 live shows between 1982 and 1989. Following a serendipitous introduction to the track "Roma Distruta" in a New York City club in 2010, Dark Entries Records founder Josh Cheon began re-releasing Nagamatzu's rare recordings on vinyl. Now, to capitalize on the upswing in interest in Nagamatzu, Polish label Zoharum has released a two-disc compilation album called Neural Interval, which contains almost all of Nagamatzu's back catalogue, minus a handful of songs from the 1983 Shatter Days EP. Lagowski and Jarvis, who named their project after the Nurse Nagamatzu character in J.G. Ballard's story "The Assassination Weapon" from The Atrocity Exhibition, chose another Ballardian phrase as the title of the compilation: "A Neural Interval" was the title of one of the five "Advertisers Announcements" Ballard did for Ambit magazine. Published in 1968, it featured a black-and-white photo of a bound and gagged woman in fetish wear sitting in a boat. The piece is thematically linked to the story "The Great American Nude," which originally appeared in the same issue of Ambit, and was later collected in The Atrocity Exhibition.

Neural Interval presents Nagamatzu's output in reverse chronological order. Disc one contains seven songs from 1991's Igniting the Corpse cassette interspersed with four short horror-themed soundbites that were added to the 2013 vinyl re-release of the same name. The disc also includes the three songs that appeared on the 1987 vinyl 12" Space Shuttle Shuffle. Disc two contains eleven songs from the 1986 album Sacred Islands of the Mad (which, incidentally, gets its name from a line from Sylvia Plath's "Tale of a Tub") and four songs from Shatter Days. Although I started my listening at the beginning of disc one, with the previously unreleased "video version" of "Lift Off," I subsequently decided to change course and listen to the songs chronologically to get a better idea of how the music evolved. The earliest songs have more of a pop sensibility, and are reminiscent of New Order; over time, the music got progressively darker and more techno-oriented and sample-heavy.

Since "Lift Off" was the first Nagamatzu song I heard, and the one that convinced me I wanted to hear more of their music, I'll start with that one. There are three versions of "Lift Off" on Neural Interval. The earliest version, from Sacred Islands of the Mad, opens with high-pitched whirring sounds, and samples dialogue from the news broadcast of the 1986 Challenger disaster, mainly an announcer saying, "We have lift-off." At the forty-five-second mark there's a dated electro sound that hasn't aged very well, and at the one-minute mark, the guitar and bass kick in, sounding somewhat like a slowed-down version of Trisomie 21's "The Last Song," which was released earlier the same year. Lagowski and Jarvis are both fans of horror and sci fi film scores, and they seemed to be going for a bit of a John Carpenter vibe here. The Space Shuttle Shuffle version, released the following year, omits the high-pitched noises and opens with an extended sample. More tense and unsettling than its predecessor, it has more of a late 80s EBM sound, utilizing a Roland TR-909 and a Publison DHM 89 B2 for pitch-shifting. In 1988, a friend of Lagowski's and Jarvis's shot some grainy Super 8 footage that was supposed to be edited into a video for "Lift Off," but the video wasn't actually edited and released until 2011. The "video version" of "Lift Off" ratchets up the tension by introducing a low buzzing sound and white noise, coupled with a more aggressive drumbeat. The samples, which begin with the countdown to launch and end with discussion of the burning shuttle, are the same as those used in the Space Shuttle Shuffle version. I can't make up my mind which of the two later versions I like best, but "Lift Off" is a great place to start for newcomers to Nagamatzu. When I first heard it (and I no longer remember whether I first listened to the 1987 version or the "video version"), I focused mainly on the percussion and energy behind it, and didn't sense the darkness in the song, even though I knew about the Challenger samples. It wasn't until the second listen that I started paying attention to that bassline and other sound effects and realized that while the song captures the optimistic excitement of the times, its exuberance is tempered by the grim acknowledgment that death is merely moments away.

The Shatter Days material is very introspective, and is probably best listened to when you're alone. Recorded in Lagowski's parents' dining room onto a Ferrograph Logic 7 2-track reel to reel tape recorder using a Crumar Performer and a Sound Master SR-88 drum machine, these four songs feature warm, soaring synths and Peter Hook-inspired basslines. "Nikto," originally titled "Klaatu Barada Nikto" after the phrase recited in 1951's The Day the Earth Stood Still, balances a coldly mechanical stuttering hi-hat with warm strings. "Faith," which sounds like early Portion Control, has a throbbing beat that bounces back and forth between headphones, and swelling synths that occasionally threaten to turn slightly sinister, but never quite do. The somber "Possession" features muted vocals drowned-out by sparse, low drums and sustained keyboard notes, its bleakness interrupted only by a few bubbly synth sounds here and there. "Deliberation" has the most fleshed-out sound, with hooks that sound like Joy Division or New Order as the repetitive stuttering at the beginning broadens into a warm, soaring melody.

My favorite Nagamatzu period is the Sacred Islands of the Mad era represented at the beginning of the second disc. Made with a Roland D-110, it's darker and more melodic than Shatter Days. You can hear New Order's influence throughout the opening track, "Ionesco" (presumably named after Romanian-born playwright Eugene Ionesco), while the mellow, bass-heavy "Carmine" sounds a lot like a Cure song minus the vocals. If the melancholy "Taraiky," with its sparse clapping, marks the album's first foray into darkness, then the next track, the dubby and ambient "Watch and Waste," plunges listeners head-first into the deep-end as Lagowski whispers and growls over a sinister background loop. "Schlaggefahr" (German for "shock hazard"), with its manic drum programming, should, by all rights, be longer than two minutes in duration, but at least there's some blurry Youtube footage of the boys practicing it in a dark attic with a flaming guitar. According to a post on Nagamatzu's Facebook wall, there are versions somewhere of "Schlaggefahr" which feature samples of Carry On actor Kenneth Williams, a move that seems brilliant in retrospect. (Fun fact: Williams was a closeted gay actor who openly reviled his homophobic, alcoholic father, Charlie, and based numerous comedic villains on him. When Charlie died of poisoning in 1962 after drinking cleaning fluid that mysteriously wound up in a cough syrup bottle, Kenneth was Scotland Yard's only suspect, and he lost an opportunity to work with Orson Welles because he couldn't get a visa due to the existence of the Scotland Yard file.) The club-friendly "Roma Distruta," which was partially inspired by an SPK track, combines the clapping of "Taraiky" and the ambient loop of "Watch and Waste" with a heavy bassline. "Magic" is another bass-heavy dance track with very faint background samples that aren't loud enough to identify, and "Der Gute Kamerad" offers an icy take on a German military lament. A tense, guitar-driven piece, "Shakedown" samples the 1954 Army-McCarthy hearings which ended Senator Joseph McCarthy's career, notably Army counsel Joseph Welch's infamous rebuke: "Until this moment, Senator, I think I have never really gauged your cruelty or your recklessness." Finally, the slow-tempo, vaguely-unsettling "150 Murderous Passions," named after a 1981 Nurse With Wound/Whitehouse collaboration, closes things out with echoing Dawn of the Dead samples that fade in and out.

Along with the afore-mentioned 1987 version of "Lift Off," the Space Shuttle Shuffle material consists of "The Sunlight Home," which, with its chants and tolling bells, sounds heavily-influenced by Italian horror film scores, especially those of Fabio Frizzi, and a slightly-extended version of "Schlaggefahr" that seems more subdued than its predecessor, despite the addition of feedback.

While doing background research on Nagamatzu, I kept seeing adjectives like "doom-laden," "claustrophobic," and "menacing," but none of those terms really seemed appropriate until I heard their last album, contained on disc one. When it was first released in 1991, Igniting the Corpse was limited to only 100 cassette copies, and Nagamatzu never performed the material live, so it remained relatively unheard until Nagamatzu's own label, Motorcade, re-released it on vinyl in 2013. Neural Interval marks the material's first appearance on compact disc. "Malaria" sets the tone for the songs that follow, sampling The Exorcist III over propulsive drumbeats and wailing. George C. Scott growls, "I believe in murder. I believe in pain. I believe in cruelty and infidelity," and barks, "You sonofabitch!" The next track, "Quietus," lightens things up with a New Order or O.M.D. vibe, and recalls earlier songs like "Deliberation" and, to a lesser extent, "Ionesco." "Firewalker" takes a menacing tone again, sampling the words "Fire walk" from Twin Peaks: Fire Walk with Me over waves of feedback and a composition which again brings to mind John Carpenter. Cavernous bass rumbles around complex drum programming in "Legion" as a deep voice recites phrases from the Rite of Exorcism, "Every satanic power of the enemy" and "Every specter from hell." Around the mid-point, samples from what sounds like testimony in a murder trial come into play. "Corabella," with its bludgeoning bass drum, dense fuzz, and warm, swelling synth line, is the stand-out track for me on disc one, and could almost be an updated version of "Deliberation," as far as tone is concerned. "Strain" picks up right where "Corabella" leaves off, and almost feels like a continuation of the same thought process, with mid-tempo snares and a warm, fuzzy quality. Around the one-and-a-half and three-minute marks, there's a sample I can't make out, and the track ends with a sample of sinister laughter, perhaps from The Exorcist III again. Some listeners might interpret "Strain" as ominous-sounding because of the creepy voice and laughter, but I mostly find it relaxing, especially starting around 1:49. "Threshold" is a disorienting nightmare that melds the sound of a woman being beaten with stabbing synths, pounding drums, and an incongruously-placed foghorn. Igniting the Corpse has aged remarkably well, and was probably at least a decade ahead of its time.

The Neural Interval compilation was limited to just three hundred copies, so you're going to want to act fast to grab one while there are still some available!
# nagamatzu
# neural-interval
# minimal
# electro
# industrial
# ebm
# ambient
# darkwave
# zoharum-
Jan 12 2015
Alison Moyet - 'minutes and seconds (live)'
Previous article
Conzoom Records To Release Next Compilation in Electropop Series
Next article