Samurai https://www.brutalresonance.com/review/machinecode-samurai/ Dubstep, D'n'B Machinecode Amy OConnor On November 3rd, 2014, Machinecode released their fourth full length album, entitled 'Samurai', on Germany's popular Ad Noiseam label, home to some of the best experimental Rhythmic Noise, Ambient, Breakcore and IDM artists. This is Machinecode's first release on Ad Noiseam and it couldn't be a more fitting label. Machinecode is the love-child of two of the best producers involved in the Bass Music community, and their talents are properly showcased on this album. Since 2010, Dean Rodell (a member of the Bass Music super-group Underhill, the owner of the labels UnknownForces and Drumworks, and the Co-Owner of parent label Subdivision Recordings (comprised of Subsistenz, Subtrakt, Subviolenz, and digitalSubversion)), and Tim Eliot a/k/a Current Value, a dark, experimental Drum & Bass and Dubstep producer and DJ from Germany (whom is also a member of Underhill) have been releasing full-length albums featuring a multitude of electronic sub-genres, ranging from some of the filthiest, adrenaline-filled Drum and Bass/Breakcore tracks, to the noisiest, glitchiest of Dubstep compositions. Their genre-spanning style has given them the opportunity to play at some of the most well-known experimental electronic music festivals, such as Maschinenfest, Euroblast, Mischief, and Dour Festival.Machinecode's seemingly flawless ability to combine multiple genres exhibits just how talented this ever-evolving project is. Each track on this daring album expands to create massively detail-oriented and layered tracks. If you are a fan of Bass Music, whether that be DNB, Dubstep, Breakcore, etc., this album has something for everyone. I will admit that the album is a little disjointed, as in that the order of the tracks doesn't exactly flow well with one other, but honestly I'd rather hear a mash-up of genres instead of a block of Drum and Bass tracks all in a row, and a block of Dubstep, etc. This album should be viewed as an example of what these guys can really do, showcasing that they can do more than just what they're noted for, and can deviate from the typical drum/percussion patterns and bass lines that Bass Music is noted for. Do not expect a four to the floor album from Machinecode, but this album is rather bangin'.This appropriately named album features two collaborations with other members of Underhill, Balkansky a/k/a Cooh and MC Coppa. 'Labyrinth', with Balkansky, stands out as one of the most layered, noisy and experimental songs of the album. If you were able to feed a Downtempo track acid, I'd imagine this is what the product would be. This creepy song is a bit disjointed and has a noisy IDM feel to it. This song really blurs the lines of what all of these artists represent. 'Urban Drum', with MC Coppa, takes you in a completely different direction with it's multi-layered, tribal sounding Dubstep beats. There is a smidgen of noisy Drum and Bass samples in the background, but the Dubstep beat is much more prominent.We take a course off the beaten path with the songs 'Red Nova', 'It's Time', 'Seraphic' and Huron's remix of 'Requiem'. All of these tracks feature more IDMish sounds. 'Red Nova', with it's noisy, percussive synths, guitar riffs and anthemic background ambiance, leads to a fairly epic sounding build up and ends quietly with beautiful choir vocals. 'It's Time', the hard-hitting first track on the album, introduces us to Machinecode with it's IDM sounding Dubstep beats. 'Seraphic' is one of my favorite tracks of this album. A beautiful, angelic, ambient intro leads to a perfectly composed IDM track. Huron's remix of 'Requiem', originally found on disc two of 'Environments', is a big departure from the rest of the album. The track begins with Huron's signature “glitchy, but ambient” sound, including a beautiful piano melody, and combines elements of IDM to portray a battle between IDM and Drum and Bass, in which IDM wins out in the end. I'd love to hear more IDM-influenced tracks from Machinecode in the future.'Mining' is the loudest and noisiest track of the album. At times, it borders on Rhythmic Noise. It really is an all-out assault on the ears. If Dubstep Noise was ever to be a genre, this track would be at the forefront of it and is a good example of why Machinecode was welcomed at Maschinenfest.As for our Breakcore-influenced tracks, we have 'Wires', which begins with a spacey, tribal intro that expands into experimental-sounding Breakcore-ish Dubstep. 'Samurai' is a mash-up of mechanical-sounding, noisy Breakcore and Dubstep that should be a boss fight theme song (or just battle soundtrack in general) for the next Armored Core video game (if they ever make one).We even get a tribute to some old-school Jungle beats, with 'Gatling' (honestly this takes me back to the good ol' raver days with it's mixture of light and airy Jungle loops and snare rolls that morph into some extreme-sounding Drum and Bass) and with 'City Lights', a really beautiful Jungle-sounding Drum and Bass song.Most of the songs on this album do feature some version of Dubstep, but each track on this album expands that genre into something new and exciting, showing that Dubstep can be super hard and heavy-hitting. 'Headphone Eden' is the best example of this progression. We are familiarized with mechanical-sounding dubstep, but it has almost a Retrowave vibe to it. Eventually we're bombarded with heavier DNB towards the end. It's the only way I can describe it and I've never heard a Dubstep song like this before. It's quickly turning into one of my favorite Dubstep tracks.This seventy minute album features twelve eye-opening and complex tracks, featuring collaborative works with a variety of IDM, Drum and Bass and Dubstep artists, showcasing some of Machinecode's most mind-blowing and impressive work to date.This album is available for purchase on CD or it can be downloaded as a digital file. This album was mastered by Dean Rodell himself. Artwork for this album was created by Australia's Bryan Lee and features futuristic machines, mechas and robots. July 9, 2015 https://www.brutalresonance.com/review/machinecode-samurai/ 450 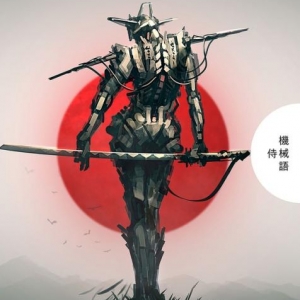 Ad Noiseam
Greenhaus - Youre Not Alone is available at POPONAUT from 17,45€

Dead When I Found Her - 'Eyes On Backwards'