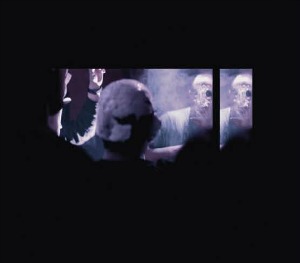 9.0
"Amazing"
N/A
Electroracle
Released 2015 by Consouling Sounds
Other, Experimental
Album of the Month March 2015 Album of the Year #11 2015
There's something undeniably compelling about ambiguity in all its guises, and with its debut album Meradiam, Le Seul Element has expertly parlayed ambiguity into an art form. The solo project of a French musician who prefers to remain anonymous because he views the work as "an abstract shadow-play translated to music," in which "silence and absence play as much a part... as does sound," Le Seul Element combines modern classical piano, dark ambient, post-rock, drone, and noise to deliver a spectacular, unforgettable experience. If this sounds a bit inaccessible, trust me--it's not. Once I heard the riveting "Tehee," I knew I had to hear the rest of Meradiam; it's that irresistible.

Bold, dramatic piano notes; deep, sometimes menacing percussion; and chanting vocals in some foreign tongue give Meradiam an enigmatic aura. Any attempt at interpretation probably necessarily reveals more of the mindset of the listener than it does of the creator. Nevertheless, to me, this album seems to be a meditation on life and death. I realize that's a bold statement, and other listeners will probably hear something very different from what I hear, but I can only speak of my own perceptions, and what are reviews for if not making bold statements? At first, I debated how much of this I should even mention in this review, because it's almost pure speculation on my part, but then I read something the man behind Le Seul Element said in a 2013 interview with the Dutch music zine Lavenir, which convinced me I'm not far off-track. Asked about the meaning of the lyrics at the end of "Gin Pleos," Parts 1 and 2, the two tracks on Le Seul Element's 2012 mini-album, Gin Pleos, he said: "It's the speech of the person depicted on the cover. Gin Pleos is the story of the last part of the life of this man. He thought he had a good life--straight, square, normal...but then realized he could have been a better person, and live[d] more with and for others. This [reminds] him that he's going to die without having known real love, without feeling true compassion. So he becomes mad, and has a dream, the dream [of getting] another chance, a chance to be 25 years old again. The speech expresses this new thinking." That explanation gives me more confidence to go out on a limb here and share my impressions.

The song titles are deliberately opaque, apparently in different languages (and possibly misspellings of foreign words), or codes for something, like "01 03 47." At first glance, the title of the opening track looks like a date. March 1, 1947 or January 3, 1947? But then, maybe it's some code or setting for the music mixer. Or maybe it's the combination to a lock of some kind. But if so, what is it supposed to unlock? The only possible clue (if it is an actual clue) is that the track brings forth images of a passing train, which I think is a key to understanding the album, because it encapsulates the transience of life itself. The piece begins with metallic vibrations that slowly increase in loudness, hinting at an oncoming train that will crush you if you don't solve the puzzle or get out of the way in time. The first melancholy piano notes appear about a minute and a half later, but the puzzle remains elusive. The train rumbles past, its noise tapering off suddenly, leaving only echoes behind, with no sign of its destination, or if, in fact, it has a destination at all. A snippet of Shakespeare came to mind: "full of sound and fury, signifying nothing." The phrase is from Act 5, Scene 5 of Macbeth, wherein the protagonist proclaims:

To-morrow, and to-morrow, and to-morrow,
Creeps in this petty pace from day to day,
To the last syllable of recorded time;
And all our yesterdays have lighted fools
The way to dusty death. Out, out, brief candle!
Life's but a walking shadow, a poor player
That struts and frets his hour upon the stage
And then is heard no more. It is a tale
Told by an idiot, full of sound and fury
Signifying nothing.

"Jancee" sweeps the listener up into its melancholy journey, and chanting voices seem to be trying to impart some wisdom, but the language barrier prevents them from doing so. The next track, "Heol," begins with a militaristic sound of marching feet, suggesting ruthless efficiency. Bursts of feedback and plaintive piano are complemented by mournful voices, and then the track devolves into ritualistic, savage brutality with a percussive rhythm that reminds me of a tribal leader beating a staff onto the ground. This track is especially noteworthy, not just for its sound alone, but also because a 2013 post on the dunk!festival web site suggested that the album title was originally going to be Heol, rather than Meradiam. Not one to let words be, I had to turn to my old friend Google to figure out what "heol" and "meradiam" might mean. Google's first guess for "heol" was a Korean slang term for "What the hell?" which is certainly appropriate for many of the situations life throws at you, but I like Google's second guess better: The Welsh word for "street" or "road." That better suits the train analogy alluded to by "01 03 47."

The album's fourth track, "Meradiam," begins very quietly and swells intensely in the final third. One of the lighter tracks here, if the album can be said to have "light" tracks, it's mostly tranquil, with no overt signs of despair, menace, or violence. The word "meradiam" looks like "meridian," and, indeed, the track marks the album's mid-point. However, "meridiem" is the singular accusative form of the Latin "meridies" ("midday"), so perhaps the title is meant to invoke the mid-point of someone's life, a time when he seems to have grown complacent. Further complicating matters, "mera" could also be an inflection of the Latin "merus," which means "pure" or "undiluted," and "diam" could be an inflection of "dius," which is an alternate form of "divus," meaning "godlike" or "divine." (Can you tell I'm still kicking myself in the ass for not taking Latin? Well, I am!)

"Tehee" is a dense, claustrophobic track which opens with a soft, thip-thip-thip sound that reminds me of a roll of film that's reached its end on a projector reel. I've also seen it described as "electronic gasps." Either way, the impression given is that of someone forced to confront his mortality. When the first guttural wails begin (I'm not sure whether there are actual words in there, and if so, what language they might be in), you'll instinctively recognize them as the sounds of impending death, and they're impossible to turn away from.

Like "Meridiam," the next song, "Dem," is tranquil and melancholy, perhaps reflecting resignation on the part of the dying man. The voices continue chanting over a tinkling piano, still offering nothing concrete. The "e" in the title is supposed to have a diaeresis, suggesting the title could be an Albanian word, meaning "damage," "harm," or "loss."

The last song, "Essist" ("Es ist" or "It is"?), is, along with "Tehee," one of the two most remarkable achievements on the album. Clocking in at almost fifteen minutes long, its highly emotional piano explodes right at the beginning, with no build-up whatsoever, then quiets as a metronome begins ticking in the background, and the chanting voices hint at finality. A third of the way through the track, the piano goes silent, and only a loudly thudding heartbeat can be heard. Around 5:28, a single sustained note suggests flat-lining, and gradually grows more complex, producing a peaceful, euphoric melody that almost brings tears to the eyes with its beauty. Loud waves of feedback gradually overtake the melody, finally obscuring it completely around 12:50, and the track continues for almost a minute in near-absolute silence. As for whether the melody was snuffed out of existence, or whether it continues to play somewhere beyond the range of human perception... well, who knows?
# le-seul-element
# consouling-sounds
# piano
# noise
# post-rock
# dark-ambient
# meradiam
Mar 20 2015
Whale Fall - 'The Madrean'
Previous article
Gnawed - 'Feign And Cloak'
Next article

Consouling Sounds
Scarelett - Vs. U is available at POPONAUT from 9,45€

Cryogenic Echelon - 'Costume of a Saviour'