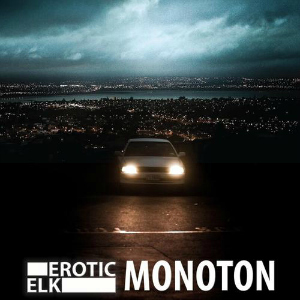 I've been listening to this two track single on repeat for about 6 hours at work today. During that time, I had the feeling that the song somewhat reminded me of another song, and after a (long) while I finally figured it out. The verse vocal structure is very similar to The Knife's "Silent Shout", it's not that it's a blueprint of it, but they simply remind me of each other. And that's far from a bad thing, since "Silent Shout" is probably one of my favorite songs of all time. It's probably even easier to hear the similarities during the Ad Inferna remix. It's just one of those melodies and words that brings out emotions in me and I love every second of it.

The chorus though is a completely different story and there's no The Knife similarities here. What it is though is great synthpop hit material. "Monoton" is heavily inspired from the 90's and the beginning of the 00's synthpop, even in it's more undressed remix version. The differences might not be wast, but they both play their role and have their purpose.

info@brutalresonance.com
Founder of Brutal Resonance in 2009, founder of Electroracle and founder of ex Promonetics. Used to write a whole lot for Brutal Resonance and have written over 500 reviews. Nowadays, mostly focusing on the website and paving way for our writers.