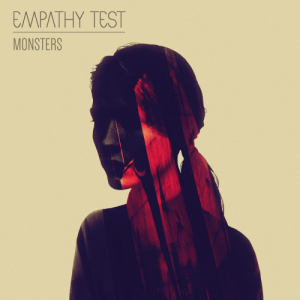 9.0
"Amazing"
N/A
Electroracle
Released off label 2020
Electropop, New Wave
Using this hobby to share music and pleasures from my personal life is nothing short of exciting; since I began writing for Brutal Resonance back in November of 2012 I have taken joy in writing about, interviewing, and featuring various artists throughout the global electronic scene. Whether I'm speaking of harder industrial rhythms, eighties inspired synthwave, the machinery driven beats of EBM, or the ominous undertones of dark ambient, there has never been a time where I haven't enjoyed publishing for this website. This is all due to artists and record labels sharing their releases with myself and the other staff at Brutal Resonance.

However, in my adulthood I do not find the necessary time to type out as many reviews as I have been able to do in the past; after all, this is not a full time job nor do I get compensated for my time here. That has never bothered me though as bands such as Empathy Test who have stayed in touch with us since their launch make every hour spent working on Brutal a delight. Empathy Test was first featured about five and a half years ago on Brutal when Kjetil Haugen gave a legendary 10 out of 10 to the project's EP "Throwing Stones" which was followed up shortly with an interview three days later. It is no wonder, then, that Empathy Test grew with us on Brutal and slowly became a favorite of the site. What we did not know, however, was how fast the project would blow up in the years to come.

Every couple of months the project has put out a new EP, single, or some other form of music for the world to bask in. Before their music is praised their hard work and dedication and understanding of both fan desire and the music business must be explored. Picture discs and CDs of EPs such as "Demons | Seeing Stars" have sold out twice over; every time they put out a new piece Empathy Test pours love and dedication into it. Combined with a dedicated connection to their fanbase and it's no wonder that they have created not only a wonderful discography but a strategic marketing plan that works. They are one of the few bands I have seen where the fan-to-artist contact is firsthand and done properly. Kudos to them on that.

Their execution is flawless as is their music; going back to review scores I believe Empathy Test is one of the only projects on Brutal Resonance to produce a perfectly scored record twice. "Safe From Harm | Losing Touch" deserved such a score not only because of Empathy Test's electronic achievements made on the record, but because they were able to deliver to both myself and fans a double-album of hit songs; not a single one was dull and each one was full of blood, sweat, and tears. Maybe not literal on the blood part (at least I hope not) but you get my drift. This is all funneling into the fact that Empathy Test's new album "Monsters" is on the horizon; in fact the album is to be released in a little over than two weeks from now on May 22nd. I'm glad to say that the album nearly stacks up to previous releases in the past.

What I immediately noticed when I played the first song on the album and title track 'Monsters' was how the drums hit. Deep, pounding, and somewhat raw in comparison to the smooth electronic beats found on the track, it was a rough and perpendicular study of two warring styles of music. Oddly enough both the drums and the electronics complimented one another beautifully. Perhaps this was purposeful to explain and examine the theme of the song which seems to be a break-up song or at least a turbulent time in a relationship. Isaac Howlett's lyrics seem to support this theory as he sings, "when the tear drops start to flow / maybe it's time to go".

My other two stand-out songs on the album were 'Doubts' and 'Love Moves'. A blissful synthetic build-up takes place on 'Doubts' for a little over a minute until I was thrust into a mind of chaotic thoughts; a semi-ominous backing note, breaks between drum works, further electronic bliss and pleading lyrics backed this notion. 'Love Moves' is a melancholic and dreamy song that made me feel as if I was floating on a cloud overlooking a mountain range during a cool summer night. Both these two songs and the title track make "Monsters" worth it alone, but it's a good thing there are seven more songs to discover.

Three of their previous singles 'Empty Handed', 'Holy Rivers', and 'Incubation Song' make an appearance on the album with Album Versions of the songs. I'm not sure if I really spotted much difference between these songs and their original appearances on their respective EPs minus slight changes; I felt as if 'Holy Rivers' was updated to match the drum work present on the rest of the album and the mixing seemed to be more dynamic on all three of the songs. I'm not saying their addition on the album is bad; in fact, it's quite lovely seeing the songs come alive in a full playlist. Just don't expect anything surprising with these additions when you get to them on the album if you've been following Empathy Test.

If I wanted to keep going and talk about the rest of the songs on the album 'Making Worlds', 'Stop', 'Fear of Disappearing', and 'Skin', I could. But I also believe that Empathy Test is a band whose music is best listened to by your own ears. I also believe that if I were to continue on at this pace I would run out of words to describe how much I love their music, production, and ethics in regards to the music industry. They work well, they write well, and they make music well. Tag them however you wish; synthpop, electropop, synthwave-infused; it does not matter. Good music is universal and bleeds through genres into someone's mind for the rest of their life. This is how I feel Empathy Test will go down; no matter what, they'll always appear on my playlist from now until the day I die.

If you're a physical collector you might want to hop on over to Empathy Test's Bandcamp and pick up a copy of "Monsters" on vinyl as only seven (at the time of this writing) of their 12" Red Vinyls are available. CDs are still there, however, but I know how crazy vinyl collecting can get.