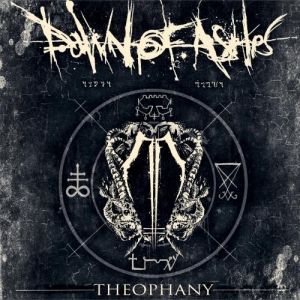 8.5
"Great"
N/A
Electroracle
Released 2016 by Metropolis Records
Industrial Metal, Metal
Album of the Year #20 2016
There's a great divide in the industrial scene between those who like Dawn of Ashes and those who wish to see them perish in the great flames of Hell they spew out in their music. While some like myself encourage an honest comeback, many others would like to see them put down for good through self motivated means or possibly even a lethal injection. It wasn't too long ago when Dawn of Ashes announced a resurgence of material; whether or not this stunt was pulled for publicity means or if frontman for the group Kristof Bathory actually did plan on putting the band to rest is completely unknown. Regardless, Dawn of Ashes is back on Metropolis Records with their latest album Theophany on May 20th.

I will admit that I somewhat lost interest in Dawn of Ashes when it came to Anathema; while I appreciated certain songs on the album such as the megahit "Poisoning The Steps of Babel", it seemed as if Bathory and friends were trying to move away from their dark electro roots without fully committing to their own desires. To me it seemed as if the once dark electro band was trying to please their fans without committing to their own desires. That made the album sound a little wonky. Shortly after, they announced their retirement but from the ashes a new behemoth rose in the form of Urilia.

Urilia was Bathory's newly formed extreme metal band featuring members of Demona Mortiss and As Summer Dies. If you never caught up on reading the review for their one and only EP The Adversarial Light, I fell in love with the brutal Satanic themed driven messages and heavy hitting guitar riffs and pounding drums. With a new focus on screaming/growling vocals that made Bathory sound like a brute force to be reckoned with, Urilia was the project Dawn of Ashes was aiming to be. However, after the release of their debut EP troubles with a label set the band to break up. That then ushered in the current era of Dawn of Ashes we are seeing now; the blackened industrial metal era. In some senses, Urilia served as a precursor to this new Dawn of Ashes. It's hard for me to actually call them Dawn of Ashes considering they sound different and much better than they ever have before.


Theophany starts off with 'Rise of the Ancient East', and though it may play into some introductory tropes, the tribal drums and angelic hymns and battle rhythms will lead you to expect what is coming. 'Tribe of Chemosh' is an absolute tribal monster mashed up with distorted synths and extreme metal influences. The drum work involved is crisp, clear, and frenetic. Headbangers beware; you might snap your neck working your way through this album.

It's easy to see how industrial still effects Dawn of Ashes sound in songs such as 'Equilibrium'. While the band play guitars with ferocity and the drums are slammed down with rage, electronic lines and synths will play in the background and add an extra sense of unholiness. I absolutely adored the fusion of electronic driven EBM and metal combined on 'Still Born Defect (The New Breed)'. I wouldn't call this dance metal, but I definitely think a track like this could be enjoyed but both industrial crowds and classic metal heads.

'Malleus Maleficarum (The Hammer of Witches)' had a wonderful, cinematic and sampled introduction, which flowed into a pulsating rhythmic noise beat for a few moments, and finally dove right into experimental industrial metal. Sounds of tapes looping, bells being rung and lengthened, and finally the screeches and scorches from the damned arose. It's an instrumental song, but I'll be damned if it isn't powerful - though I'll probably wind up in Hell as it is for just listening to Theophany.

Not ones complacent with keeping the pace slower, 'Fire of the Phoenix' blasts straight back into blackened industrial metal complete with the sound of church organs, inhumanly fast and impossible drum blasts, as well as backing vocals to match Bathory's ravenous screams. And, hell, mentioning Urilia once more, a track from The Adversarial Light made it onto Theophany with reworked music to match the industrial lashing that Theophany brings. What I enjoy is that the track is only slightly altered, not completely new or touched too much to destroy what I loved about it. Not only that, but 'Bleeding Perfection' was perhaps my favorite song on The Adversarial Light, so it's almost as if Theophany is catering to me. I feel loved. 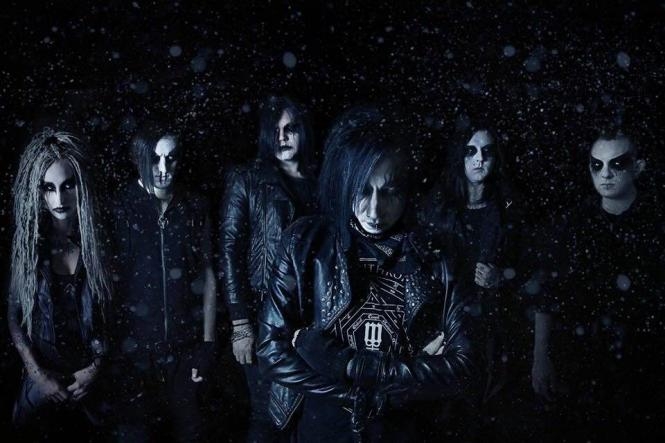 'Enter the Vortex' was a very start-and-pause type of song. The intro had another bleak, cinematic dark ambient approach until the song broke out with fantastic metal liners. Perfectly fitting in with the album, the sounds of flies over a rotting carcass stopped all sound around the three minute and ten second mark until Bathory's vocals brought back in the frenzy. With a final musical outburst, 'Enter the Vortex' lent off into an acoustic-ambient piece that led straight into the next song 'Valhalla'. 'Valhalla' is only one minute and thirty six seconds long, and has an epic, orchestral sound to it alongside the vicious noise of medieval warfare ringing behind it.

The final song on the album aptly titled 'Last' is perhaps the most metal track on the album in comparison to the rest. While most of the previous tracks had influences from electronics/ industrial somewhere along the fence, 'Last' boasts itself as a very straightforward metal song without cross-genre intervention.

With a new focus and a new vigor, it seems as if some God injected each member of Dawn of Ashes with magical energy to create Theophany. Under the Dawn of Ashes name, I believe the new, refocused album is Dawn of Ashes most accomplished album to date and one that I will be adding to my collection all too soon. I understand there is some controversy surrounding Dawn of Ashes, and some may even be sick of hearing the band's name, but I will stand against that backlash. It may have taken some time for Dawn of Ashes to create this sound and realize their full potential, but Theophany is the self-defining album of the blackened industrial metal band's entire career.

Metropolis Records Store
Dawn of Ashes - Theophany is available at POPONAUT from 14,95€

Dawn Of Ashes / Falling Skies - 'Hollywood Made In Gehenna'